United Kingdom, 9th Oct 2022, King NewsWire – ALBA News are excited to report King of Scots MattyG captured Edinburgh Castle last night after a grueling climb over the North side in the pouring rain. 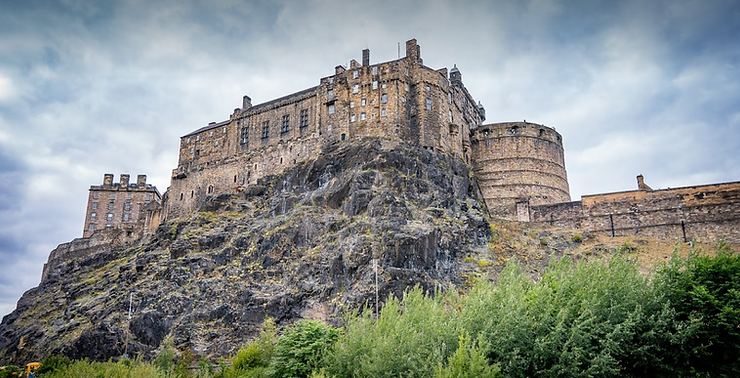 “I think I’m the only person in Britain physically capable of climbing that castle in such fashion.” Matty told ALBA news after his conquest.

“It took me years of training to learn how to climb those castle walls. When I was on the other side there were dirty English outflanking us everywhere. I punched one of them in the face and they ran away, looking for more English to back them up.”

All of them were too scared to come, hearing the stories of all the suicides associated with MattyG. Eventually after 3 hours of plotting their attack, they gathered enough courage to charge MattyG’s room for the night.

“By the time they came back, I’d already broke into one of the bedrooms and found a sword.”

“I told them to get the fuck out my castle and that none of them have paid their taxes. In true English fashion, they shat themselves and got out before I send the Wallaces to get them.” 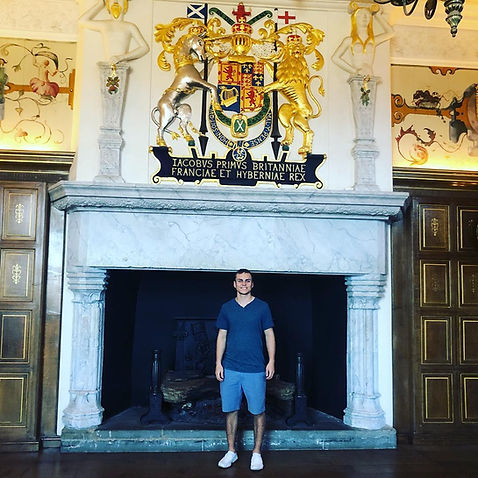 “Now that I’m King, anyone caught near any of my royal palaces that aren’t approved by me or the ALBA team will be shot with an AK47 repeatedly until they die. I’ll then hang their family outside the palace in question for the world to see.”

No one tells King MattyG he’s not allowed in his Castles except his mum, Princess Julia and maybe his other wives if they start behaving.

Here you can see Matty is happy in the Castle, pictured in front of his logo to celebrate ALBA Bank. “We’re going to make Scotland great again” said Matty as Julia took his picture.

“In the beginning it wasn’t safe for Julia but I snuck her in during the today”.

“I am going away to Rome with Princess Julia for the weekend. When we come back I’m going to plan our future conquests and contact my other potential wives to join us at Holyroodhouse for the banquet. We’re going to be eating roast beef and anyone that stands in my way. I’m looking forward to the scavenger hunt.”

Princess Julia and MattyG are preparing for their Royal Trip to Rome from 8-9th October this weekend.

Julia said MattyG has been anxious for the last week that they’ll try to set them up for a satanic ritual or try to kill them but Julia convinced MattyG the pair aren’t trying to kill him.

It’s rumoured that the 2 are trying to sway MattyG’s opinion for the new Florin paper banknotes, after being so impressed with Julia’s design for ALBAcash.

There will only be 1 winner for the highest denomination cash notes and they’ll both be trying to make a good impression on the couple during their stay in Rome.

told Julia multiple times he’d rather just stay at home and capture Holyrood Palace but Julia says she’s sure the couple will have a good time.

MattyG says “Gianna Barbieri looks ready to pounce” and he doesn’t trust himself around her.

It’s also rumoured Valentina Lombardi has been involved in drug trafficking, part of a sinister drug gang in Rome. MattyG seems anxious they might want to control the drug trade entering Scotland, with MattyG looking for drugs as he plans to make drugs legal worldwide.

“I know sometimes buying drugs can be scary. Some of these international drug dealers are doing weirdo shit to make money, things we don’t do in Scotland without going to jail.” MattyG warned.

“Also Julia is still a virgin so she’s never been exposed to stuff like this, only witnessing a handful of human sacrifices at Windsor Castle.”

“Valentina Lombardi looks sinister as fuck, not gonna lie. I bet she gives mad bj’s though.”

Julia has been complaining about Matthew’s mother in the build up to the trip.

“I can’t believe Matthew’s mother is making us pay for our flight and accommodation. She knows MattyG is down to his last £2k and hardly has a pot to piss in.”

“We’re so broke he was even talking about moving to a tent in Tuscany, but I think he was joking. No one is paying their fucking tithes. We are about to sue all large corporations for their shady dealings with the English.”

MattyG concluded by saying “I don’t know what will happen in Rome, but I hope I can have my way with both of them and that none of them are working for Elon Musk’s pedophile ring.”

“Obviously none of them will be my wife as Julia’s going to be the Queen of Scots and mummy says if I don’t marry Julia she won’t let me stay King. Luckily Julia and mummy says I can have my way with Gianna Barbieri and Valentina Lombardi if they let me.”

“It’s still possible I could snake Julia and marry someone else, we’ll need to see how I feel on the day.”

Will Matty run into evil dictator Iddrissu during their trip to Italy? The young Ghanian taking part in a coup against the Italian leadership.

During their secret mission to conquer the Italian Princesses?

It’s rumoured Iddrissu has been trying to get MattyG to take part in a satanic ritual, along other known offenders.

Other people have rumoured that Iddrissu is secretly a good guy working with MattyG to further his ambitions to conquer Italy after reports that Elon Musk’s pedophile ring have infiltrated Italian leadership.

“It’s crucial we conquer Gianna Barbieri and Valentina Lombardi so they can help us take down the Italian dictatorship.” said King MattyG.